The cute Japanese cuckoo clock that might cure loneliness 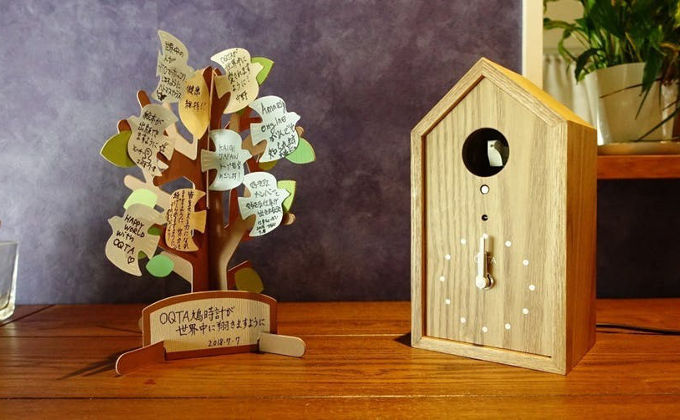 Last year OQTA introduced that Hato, an evocative machine that is now slowly starting to receive the attention it deserves.

Pressing a button in the app causes the cuckoo in the clock to sound, thereby letting the owner know that you are thinking about them. That’s it, that’s the whole product.

If you don’t get it, you are not alone. The impact is hard to understand logically.

So far, the real-world users who have engaged most strongly with Hato have been the elderly with multiple children and grandchildren using the app. The little sound lets them know that one of their relatives is thinking about them, but there is no way to tell which one.

This ambiguity is important. With no way to know who sent the notification, the mind has nothing to latch onto and wonder about. There is no way to keep score or compare activity among family members. It’s just a simple message that means “Someone in your family is thinking about you right now.”

OQTA is now conducting clinical research to demonstrate the effectiveness of Hato, but the evocative nature of this machine was evident very early on. Users became attached, not to the Hato system, but to their specific device. Users of even early prototypes have resisted upgrades, fixes, and hardware changes.

They had formed an emotional bond with their specific device.

One of the biggest challenges the OQTA team faces going forward is resisting the misguided advice from VCs and partners who want them to add more features and more expressive messages. Such changes would destroy the product.

Hato is effective precisely because it communicates only on an emotional level.